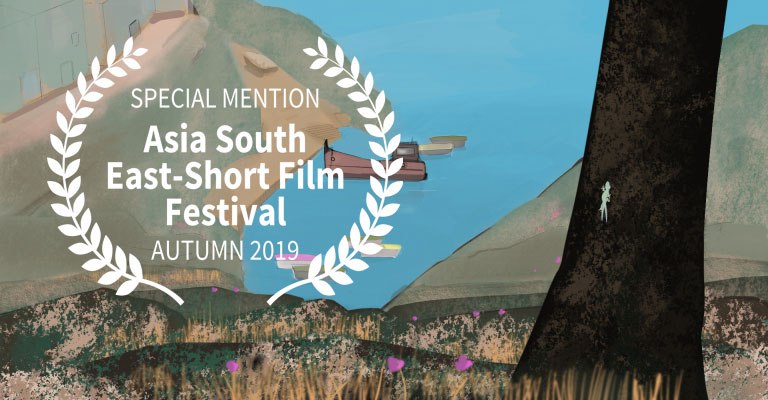 Filfla – a short animation by Fabrizio Ellul – has been awarded a “special mention” by the jury of the ‘Asia South East Short Film Festival’.

‘Filfla’ follows the story of a woman who goes to look for a boy on the mystical island of Filfla, where a terrifying creature is lurking in its midst. The short animation explores Maltese myth and folk in a story of love, grief, perseverance and hope.

Done in an illustration/comic style inspired from the cell animation tradition, Filfla is a self-funded work, done (Art, animation and editing) all by visual artist Fabrizio Ellul.

‘Filfla’ is turned into the ‘Isle of the Dead’ where spirits are trapped inside the Island by an evil creature. A woman fights her own grief in pursue of a boy, who holds the key to defeat this evil creature.

Filfla just like the spirits trapped within it, also seeks to be released.

FILFLA STUDIO is an independent creative studio based in Malta specialising in storytelling through the medium of hand drawn digital art. It was founded in January 2020 by visual artist Fabrizio Ellul and has since produced two animated short with a further short to be released in 2023. It debuts its graphic novel in 2022.